AN ISLAND PARISH: The 150th Anniversary of St. Hyacinth’s, D’Escousse 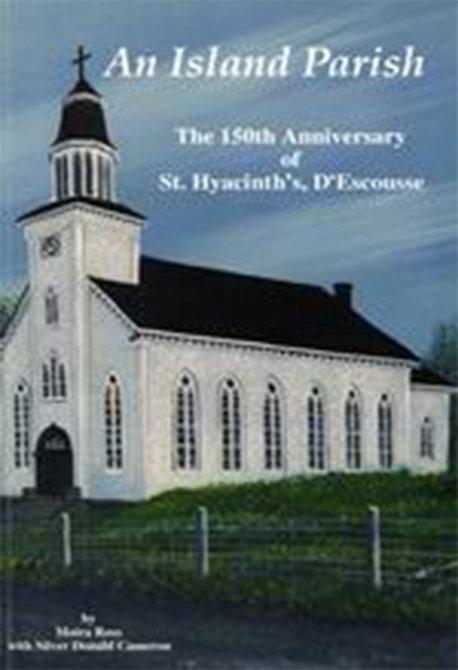 “But I’m not even Catholic,” said Silver Donald Cameron, when the local parish approached him about writing its history to commemorate its 150th anniversary. “And I’m too busy – I’m a university dean. But I do have a terrific student…” And so Moira Ross did the research for the book, and Silver Donald Cameron shared the writing work with her. The result is an engaging piece of local history, the colourful story of a rural Cape Breton parish which is linked by blood and water with all the world. Copies may still be available from the parish.