ICEBOATS TO SUPER-FERRIES: A HISTORY OF MARINE ATLANTIC 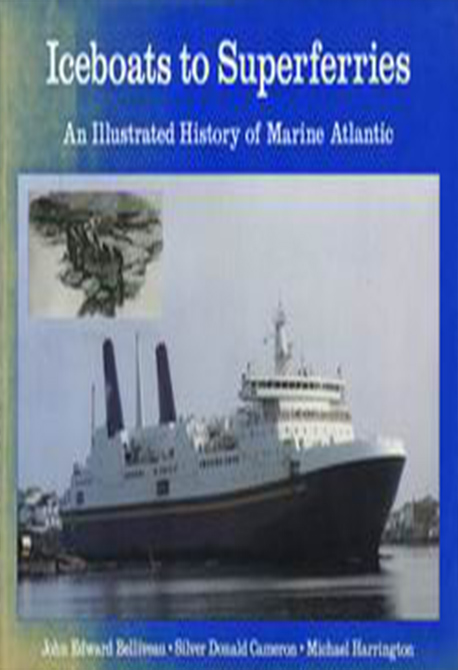 Marine Atlantic was originally CN Marine, the maritime arm of the federally-owned Canadian National Railway, and it was responsible for all the major ferry services in Atlantic Canada – from Nova Scotia to New Brunswick, Prince Edward Island, Newfoundland, and New England. In this commissioned history, Silver Donald Cameron’s chapters record the evolution of the Bay of Fundy and Prince Edward Island services. The story begins with mail services carried by iceboats – wooden rowboats with steel runners which could be muscled, hauled and rowed across the sea ice in winter. It ends with electronic navigation on the Fundy runs and multi-deck summertime ferries carrying hordes of tourists to the vacation beaches of Prince Edward Island.