LIFETIME: A Treasury of Uncommon Wisdoms 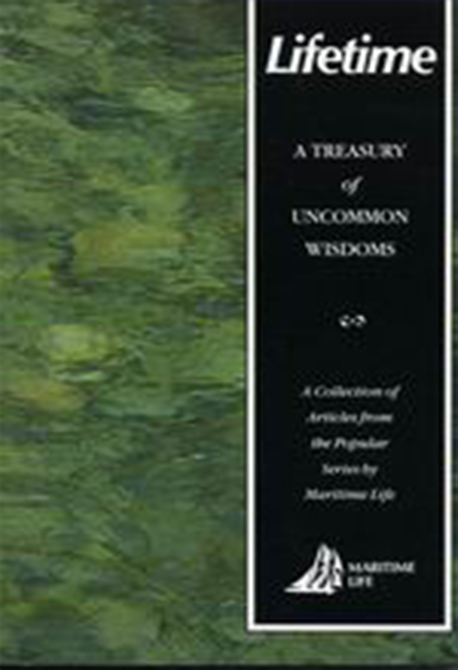 In the early 1990s, Maritime Life purchased space in The Globe and Mail to publish not traditional advertising, but short essays on creative and healthy living. The essays were so popular that the company arranged with Macmillan Canada to publish them in book form. Silver Donald Cameron contributed 18 of these short essays, on topics ranging from imagination, education, sponsorship and time management.